Q. Which use cases should be suitable for the Sitecore Universal Tracker? A. UT was built for Mobile, AR, VR, IoT and other non web based platforms. Many companies are making a push to have their own mobile applications and it's a perfect scenario to use UT to track their interactions with the mobile app. With the initial release of UT, Sitecore has released the Xamarin SDK which integrates UT and Xamarin. 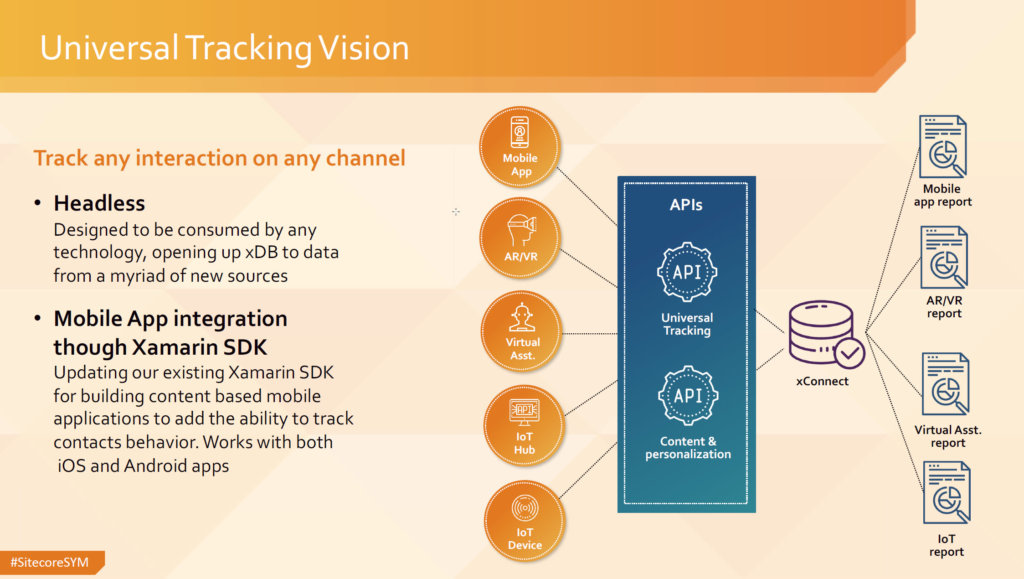 Q. What is the Collection Service? A. Collection service is implemented on Sitecore Host and is responsible for accepting Interactions and events. It is designed to be scalable and can record the interactions fast. It accepts the interactions in a json format. It pushes the information into temporary storage which is in a SQL Server database.

Q. What is the Processing Service? A. Processing service is implemented on Sitecore Host and is responsible for processing and filtering interactions by channel. It pushes the processed interactions into xConnect. Release 1 does not have any filters out of the box. 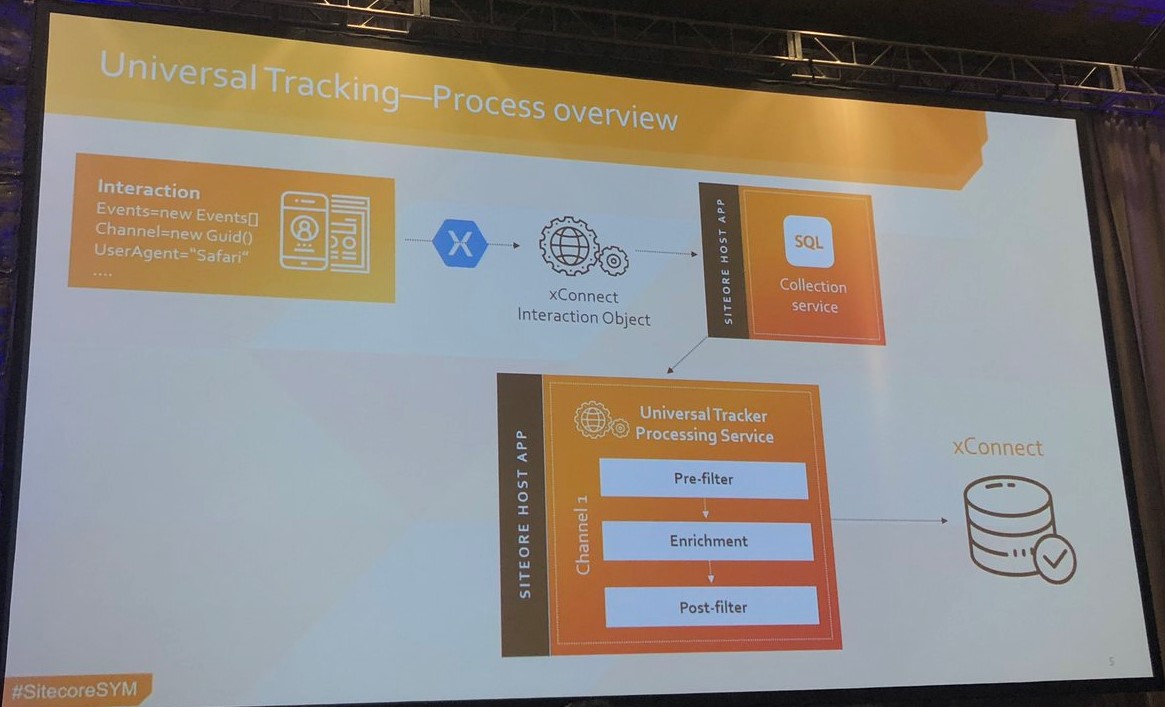 Q. Can I push interactions to different channels? If so, how do I do that? A. Yes you can push interactions to different channels like Offline, Tradeshow, Store, Webinar, etc. Use the Marketing Control Panel to define the channels. UT does not work with the ref data service so we need to sync the channels we need from /Sitecore/system/Marketing Control Panel/Taxonomies/Channel to the \Sitecore.Tracking.Processing.Service\sitecore\Sitecore.Tracking.ProcessinChannelManagement\PipelinesConfig\channelTypes.json file manually. 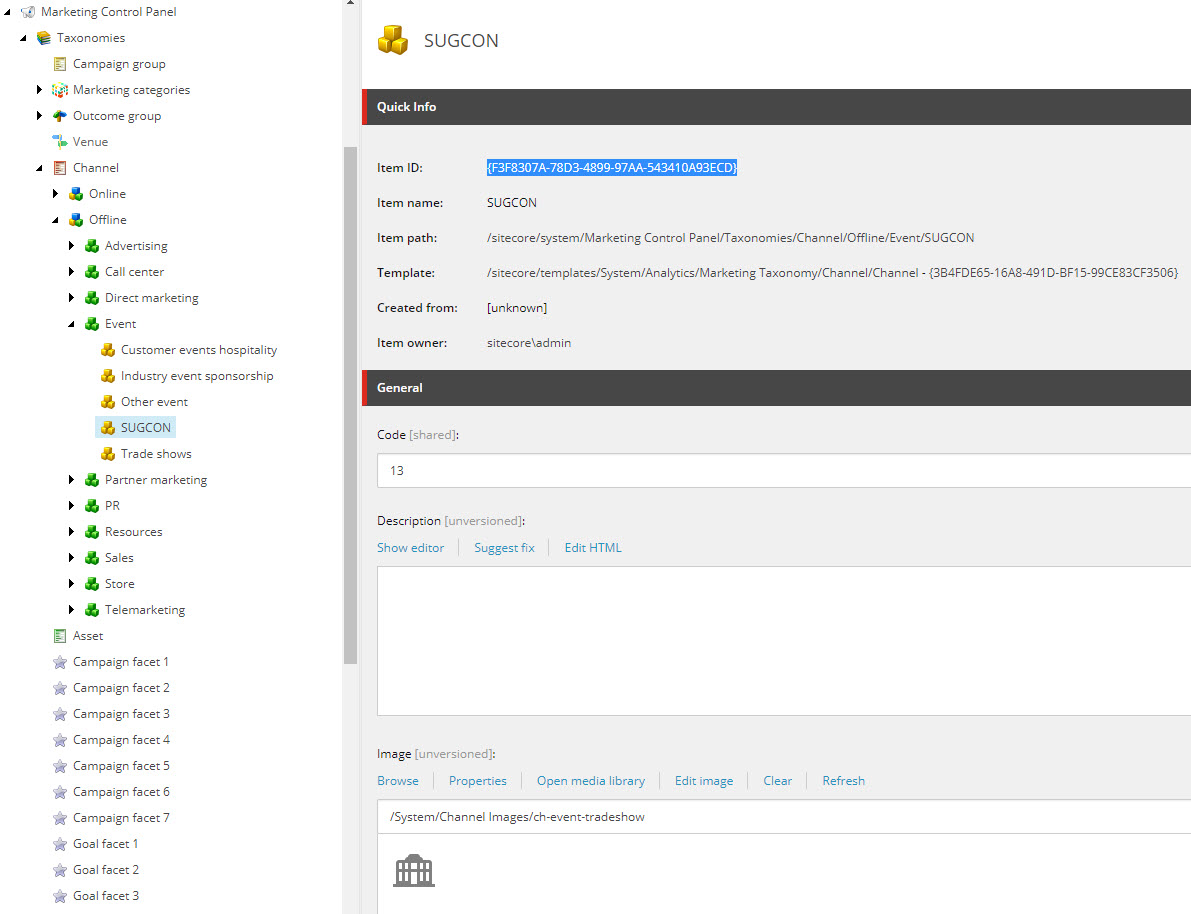 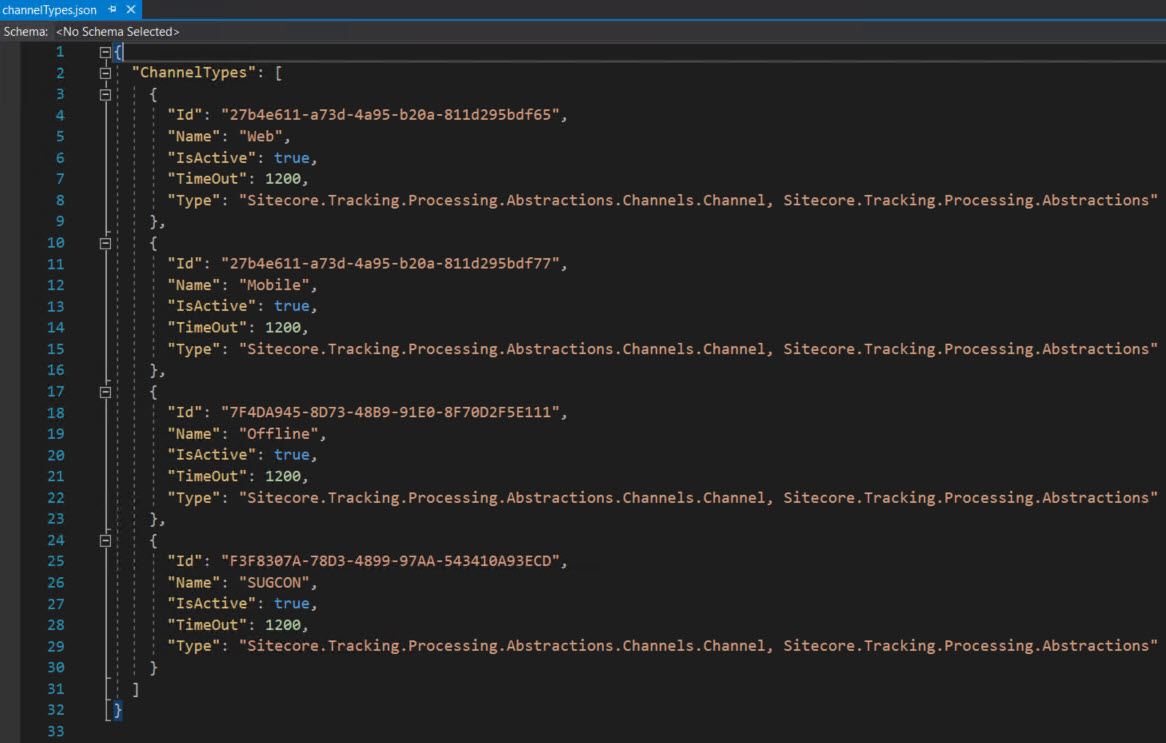 Q. Which xConnect events does the Universal Tracker support? A. Out of the box UT comes mapped with the following events. If you want to add more, you can extend the functionality.

Q. Can you use UT in an existing mobile or non web app? A. Absolutely, the calls to the UT collection service are rest calls. If your existing app can make rest calls, you can use UT.

Q. How difficult is it to scale UT? A. Since UT is a microservice architecture based module, you can spin up multiple collection services and processing services. All you need to make sure is that the configuration points to the right xConnect and the temporary cache SQL Server database.

Q. Are we locked into using Xamarin, or are there plans to release SDK’s for iOS and Android? A. Currently the Xamarin SDK is released with version 1, the plan is to provide native platform SDK’s to get more control of the mobile environment and its capabilities.

Q. What can you expect in the future releases of the Sitecore Universal Tracker? A. For starters, bi-directional personalization and ability to replace current tracking with UT. UT could potentially take out the load from xConnect while resolving the load and scaling issue you would face with xConnect. UT could end up using some of the JSS capabilities in future releases. FXM (track non Sitecore sites ) and xConnect use the web tracker. The hope is to use the Universal Tracker to push the events to xConnect and FXM. 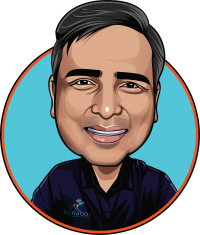